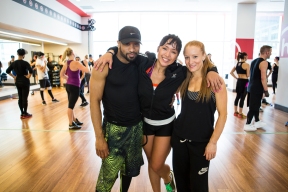 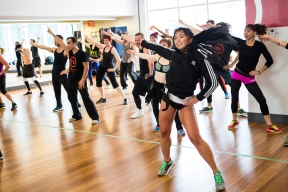 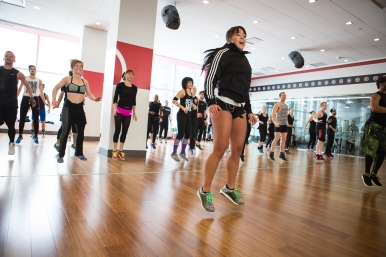 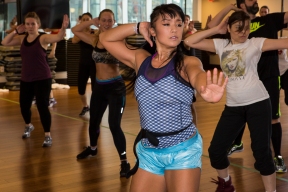 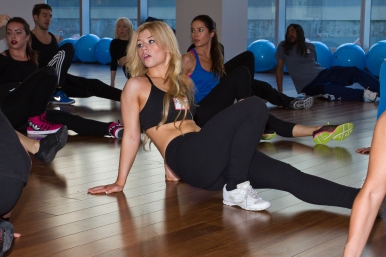 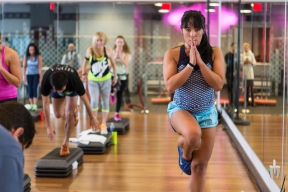 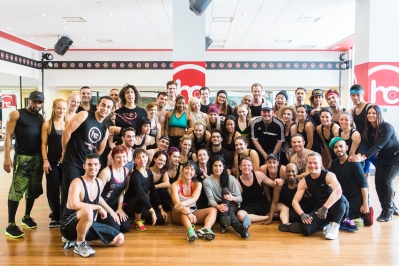 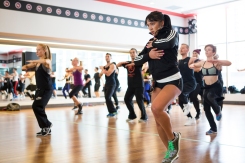 Madonna officially launched the opening of her first Hard Candy gym in North America in Toronto this past Tuesday. There was the expected media frenzy as Madge arrived to strut the red carpet, give a couple of interviews and teach her newly invented workout class “Addicted to Sweat.” The new style of workout Madonna developed with her energetic personal trainer Nicole Winhoffer is heavy on dance moves and attitude. Once you get the hang of it, it’s easy to get swept up in the energy and flow. In the auditions to be a part of Madonna’s class the contestants were twerking it out with confidence in record time. Mr. Brainwash was also in attendance installing a mural of the queen herself on a wall of the gym. It was a pleasure to be able to take part in this event. I hope you enjoy the photos. xo