Introducing my first short film entitled ‘Blackout Rage.’ It is the story of a young woman who is unconsciously violent with her first boyfriend in bed and the resulting exploration of her childhood trauma to try and find the source of her torment.

I wrote the script when I was twenty years old, so it had been sitting lifeless for quite some time. Our incredible lead actress Celia Green inspired me to make the film, as I was sure with her inestimable talent she could play the difficult and bipolar roles of Mona and Amber. She did an incredible job alongside Ethan Laniado as Lucas and Pancho Bhogal as John. It was a pleasure to work with such wonderful talents. Their trust and commitment to the project has been an invaluable asset.

Celia’s sister Lucie Green saved the day with her incredible style and makeup skills. Reuben Ward agreed to do the sound recording after we met by chance and connected over film in real earth angel style. Amber Fairlie came through with the slicked back ponytail for Amber’s look in a pinch. Frida Jenkins-Roe gave us her valuable time assisting with the set decor. My loving husband DJ Fathom and Ali X supplied the original soundtrack which really is the glue of the film. And finally my mum, Jeanine Mackie, was by my side every day of shooting, making sure we were all fed, happy and on schedule.

I took on the writing, directing, shooting, production and editing of this film in a learning exercise for myself, as I want to be a director who is knowledgeable about every aspect of filmmaking. That being said, I wasn’t sure if the final product should be included as part of my portfolio because I wasn’t sure if it was good enough. It is a dark, strange film that is very close to my heart. It can be tough to have any perspective from a creator’s point of view. Sometimes objectivity can save the day. So I decided to submit the film to a handful of short film festivals I admire. If any of them accepted ‘Blackout Rage’ I would show it to the world. If not, I would put it away and take the lessons into my next project.

Much to my surprise and delight the film has been honored as an Official Selection of Venice Shorts, Montreal Independent FIlm Festival and Big Sur Film Festival so far. So here it is for the watching. Please enjoy and watch responsibly. Rated R. xo

We got the wonderful news on set from our show runner that Locke & Key S.1 was the most watched Netflix production in 2020! Second only to Tiger King, but we all know there’s no use trying to compete with Carol Baskin. 🙂 I got to work a lot with the Ronin on this show which was a great learning experience. The team is excellent in terms of creativity, professionalism, efficiency and skill. It was an honor to work on! Next season will be coming out in 2021 and I can assure you it is full of surprises! Stay tuned. xo

My dear friend and colleague Jessica Viola of Viola Gardens published her book entitled ‘One Hundred Bells’ this month. The final product is a hardcover coffee table book full of gorgeous illustrations by Carly Jo Carson, luscious photos of Jessica’s work by myself and Suzanne Strong, and of course Jessica’s inspiring, educational story. Viola writes about her life’s journey into becoming a steward of the earth, a business owner, a mother and how her growth and lessons have been mirrored and taught by the way her gardens grow. The book follows this metaphor of life as a garden throughout, leading to wonderful revelations that ground the reader deep into their roots. By taking the elements of permaculture and teaching us how they can be applied not only to our gardens but to our entire lives as we evolve and grow, Viola reveals a splendid ideal lifestyle to strive for that is inherently in tune with nature. The book is now available HERE. Do your soul a favour and order your copy now. xo

We were bound to get up to some kind of collab this Summer what with all this time on our hands as we sat back and waited for the world to open up again. My fiancée is a very talented aerosol artist / graffiti king who writes ‘FATHOM’ all over the world, but especially all over Toronto. He was contacted by a woman over Instagram who was admiring his work on a walk in Roncey with her kids. She wanted a custom piece. One thing led to another and we all settled on a massive Fathom canvas with a Nike, Goddess of Victory ink transfer on top. The commission got our creative juices flowing. Soon canvas prints of Goddesses Bia and Pheme were glowing with Fathom’s touches of paint. The results delight me and I hope you too. They are all one of a kind. Should we do more? xo 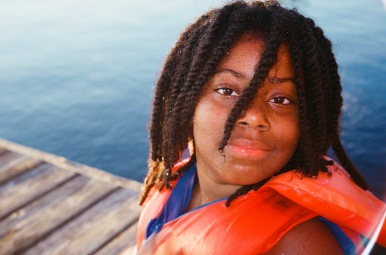 It was a glorious return to the cottage after 100 days of quarantine in the hot, noisy city. A dragonfly blessed Tasha’s boobs (obviously) and Kaiyah convinced Ocean to jump off the dock for her first time! Of course, it was impossible to stop her after she got over her fear. This lake heals the soul. xo

Weed shops have been deemed an essential service, thank God, and remain open for business. That being said business is growing! The new One Plant Kensington had me out to shoot some product and promo for their brand new store. Here is a little tease of the campaign to come. xo 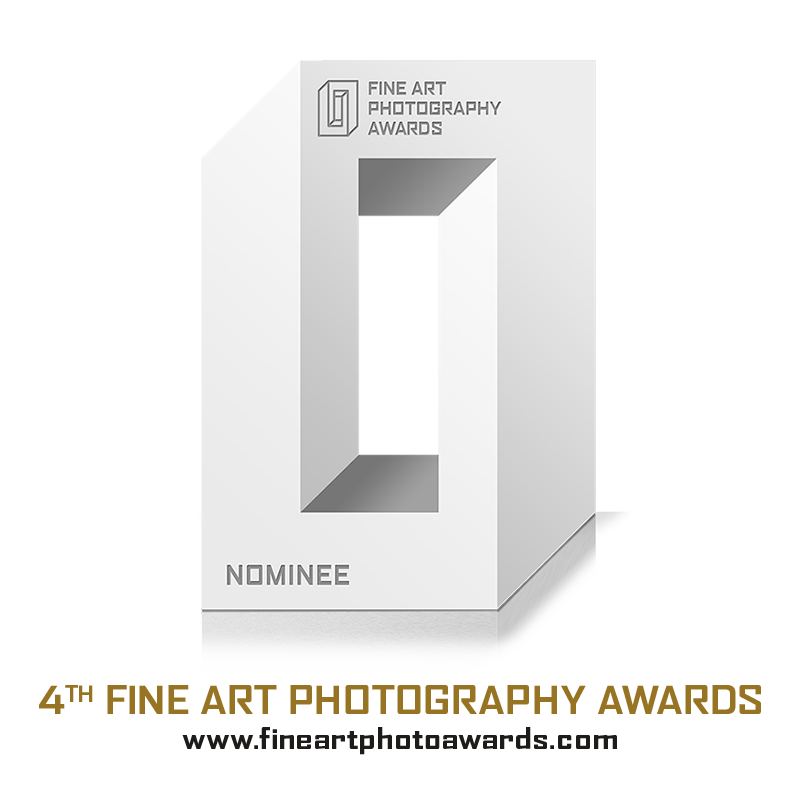 Fine Art Photography Awards is one of the largest award giving bodies for a community of artists ushering an era of new trends in the world of photography. Created in 2014, this competition is a melting pot for people where passion, interest, sense of beauty and openness to diversity in photography collide in intergalactic proportions. At Fine Art Photography, we seek to find artists and unique souls who breathe and live for creativity—where we provide a platform of promotion and support in their pursuit of self-realization and development.
Since the beginning of the competition, our jurors have thoroughly reviewed and evaluated hundreds of photographs from dozens of different categories. Owing to the phenomenal trust coming from participants all over the world, within just a span of few short years, we have catapulted to a pedestal alongside the most important and highly prestigious artistic photography contests of this era.

We got a call from our pal Delroy the next morning inviting us out for a night on the town. He would pick us up at 8PM. With our evening to look forward to we set out on the jitney for another island adventure.

Love Beach is tucked away down a secret staircase off of Compass Point resort. Because of its hidden entrance it is often empty. An entire stretch of pristine white sand and turquoise ocean all to ourselves. We felt safe and free. We stretched our muscles in the sun, floating around, feeling the divine weightlessness that comes with salt water submersion. I was so full of gratitude for the friendship of these two incredible women. This trip is just the most recent chapter in the evolution of us. It is the scariest chapter, but not the craziest. I look forward to reminiscing about all of it when we are old and grey. Hopefully, our love for each other will only have grown. Long friendships are rare and so special. There is no one else in the world I would rather have had a near death experience with. For all the shock and terror, we handled ourselves calmly and efficiently and managed to come out the otherside unscathed but for a bit of residual PTSD. Connie and Jenny, my ride or die babes for life.

Back at the house Delroy and his friend arrived right on time. They drove us over to Lyford Cay, the very wealthy, very private end of the island that Prince Andrew, Michael Jackson, Oprah Winfrey and Robert DeNiro have all enjoyed. The gated community on steroids was in the news just before we arrived because Canadian fashion mogul Peter Nygard was just busted for using his oceanview mansion there to run a sex traffiking ring. We pulled up the long dirt road to Philosopher’s Smokehouse, an outdoor party complex with twinkly lights, picnic tables, a cute DJ, and what smelled like delicious BBQ. Under the sweetest protection of our generous friends we wiled the night away dancing until we dropped. I made a gorgeous new friend who looked like a Bahamian Queen. Her name was Cornelia and she had been Nygard’s personal assistant until the week prior. I was dying to hear stories, but we parted ways with promises to get in touch for a brunch that never happened. Connie, Jenny and I stumbled back into the house for a nightcap on the upstairs patio. Everything was alright. 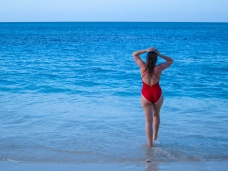 Jake and I hopped a train from Paris back to Brussels where I said, “Goodbye.” It was an epic sibling Eurotrip and I was sad to go. Jake’s contract at the wind farm had him there until August so we made plans to meet up back on Canadian soil at my wedding on Vancouver Island planned for August 8th. Exciting times!

I set out to the Brussels airport at 4AM. There was a wet, heavy snow falling beautifully in the lamplight. Jake said that’s the first and only time he saw it snow there. At the airport I got chatting with a South African gentleman who said he was an epidemiologist. His work seemed very focused on Malaria, despite my urgings to shift the topic to the Corona Virus. He was en route to a conference in Russia where he was hoping to get more information about it. He didn’t seem alarmed in the slightest. It was only when I reached customs in Toronto on Feb. 26th that there was warning of the virus. All the staff at YYZ were wearing masks and gloves and inquired if I had been in Wuhan in the last 14 days.

Back home, I was welcomed by a very sick fiancee. He had a high fever that broke my second evening home. I figured it was a bad flu and was happy he appeared to be getting better fast. Maybe he had Corona? Maybe not. We were not able to get tested either way and he recovered back to perfect health. We were very lucky.

I did my pile of laundry and packed my bags again, this time for my bachelorette party which was happening in Nassau, Bahamas a few days later. The news about the virus in China was alarming, and there were a few more cases in Italy, but still nothing too out of the ordinary. I figured I was fine to take off. And off I went… 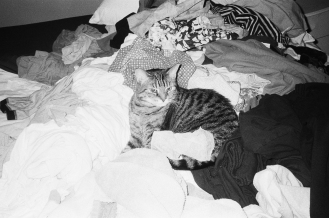