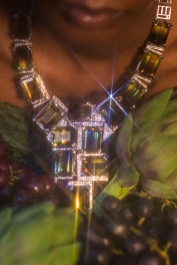 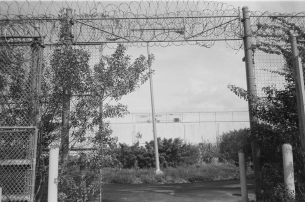 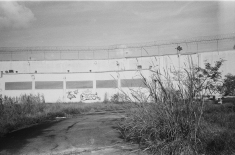 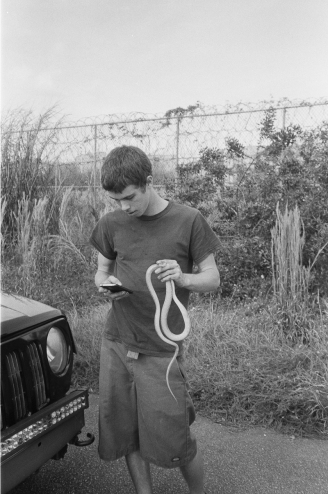 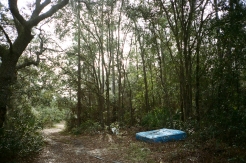 From the swamp around Grandma’s house in Ocala to New Years Eve on Ft. Laurderdale Beach to a snake encounter at an abandoned women’s penitentiary in Plantation this is how I brought in 2017 caught on 35mm. xo 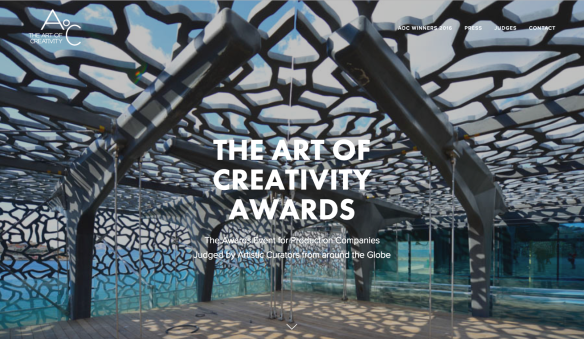 It is an honour to have been asked to judge the 2017 AOC Awards. I am amongst some pretty stellar company on the judging panel including Carol S. Eliel the Curator of Modern Art at LACMA & Philly Adams the Senior Director of Saatchi Gallery in London. The AOC Awards honour production and post production companies who have transformed the making of commercials and music videos into a modern day form of art and entertainment. All AOC 2017 first place award winning production companies will screen and discuss their creative work with Soho House members at their houses in West Hollywood, New York, London, Berlin and Toronto. The Art of Creativity Award Presentations will take place at each Soho House prior to the screening and panel discussion. All screenings and discussions will begin mid-September, starting in West Hollywood and wrapping up mid-October in Toronto, with New York, London and Berlin all scheduled in between. Submissions open April 1st.

2016 was a year of great progress, education, and big changes. I set out to dip my toe into the world of film this year and made some important initial steps working at commercial production house Suneeva in Toronto and cutting my director teeth on my first music video for “Pink Dawn” by Carmela Antonio. I was lucky enough to get work in L.A. and Ibiza and even signed on with Agency Arts out of L.A. I feel prepped and primed  stepping into 2017 with freelancing opportunities lined up and my personal projects bursting at the seams with electric excitement. With the passing of my paternal Grandmother just before the year’s end I write from my hometown in South Florida carrying her in my heart as I continue to shoot for The Goddess Array. Here are my top ten professional highlights of 2016: 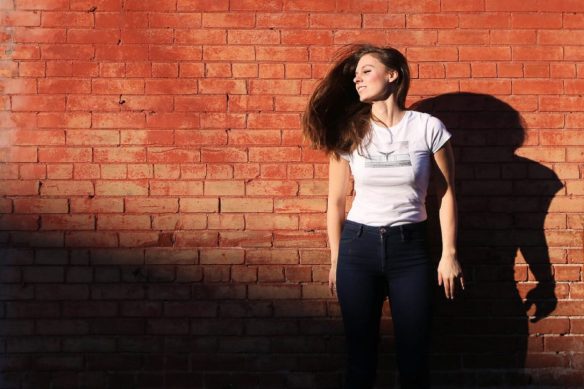 Angel journalist Sandro Contenta contacted me out of the blue requesting an interview for The Toronto Star‘s new online app. I was delighted, of course, and we made a date to have lunch at the Shangri-La Hotel in Toronto one wintry afternoon. He asked me about my whole life including my parents, my childhood, but mostly about my career to date and the story of how I got here. A couple days after the interview Sandro called me requesting a photoshoot as his editors were thinking of running the piece in the Sunday paper. On Sunday January 10th, 2016 I was shocked and ecstatic to discover my story over three entire pages of the Insight section with my photographs and telling my story in the kindest of ways. This article was a gift from the universe and it made me feel loved, respected and confident in my path. It was my favourite moment of 2016.

“Honestly, without Jennifer, Herself would have floundered,” Stasey adds. “She brought to the project many women willing to be documented, and not only that, she made them feel valuable and comfortable. Have you ever had to ease someone’s essence out of them while they’re stark naked on a frosty Toronto morning? She is a true wizard.” 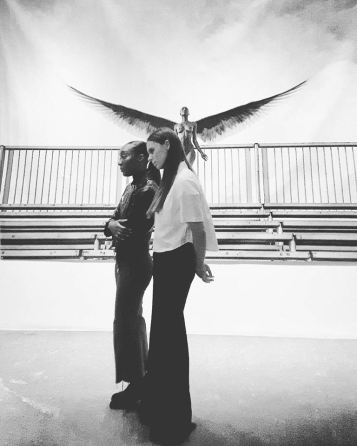 On January 25th at the Only One Gallery in Toronto I made an enormous leap of faith (in myself) and endeavored to create the space of The Goddess Array, my very first solo art show where the works were for sale. The Goddess Array is a series depicting contemporary incantations of ancient Greek goddesses, all female, all nude, and all powerful. Printed between 4ft and 8ft tall these initial ten goddesses, once hung up on the wall, created a space of goddess worship. There was a chance that no one would come. There was a huge chance that no one would buy.

My supporting team was incredible in helping to pull off what turned out to be a totally magical evening. Working to bless the space through ceremony, choreographer Jenny-Anne McCowan produced a euphoric dance piece that had dancers Celia Green responding to Aphrodite, Alison Keery acting as Athena, and Andrya Duff channelling Artemis to the sounds of Edwin Huizinga on violin, Elinor Frey on cello, and Xin Wang on improvised vocals. Here is a video of the performance:

Much to my delight and surprise all of those enormous prints sold off the wall during the one night only exhibition. My gratitude runs deep and strong for my goddesses Sarah, V, Alex Kerr, Demi Labelle, Jennifer Nichols, Erika Abrahamian, Laura, Mary-Josephine, Chanele, & Teesh. I am eternally grateful. Stephanie Diana & Julia Mohamed rocked the bar. Tenemy and Fathom rocked the ones and twos. Thanks to the ever awesome Dave Gillespie and Katherine Kwan for documenting the event. Many thanks to Cais and OOG for the beautiful space and to Lauren Lynn for MCing with such grace. Thanks to Aunty Brenda for working the merch table like a champion to my parents for their unending support. And to all of you who now have a huge goddess print in your homes, please send me pics! Thank you!!!!!

Fast forward to September 2016 and I had doubled my goddess series. With twenty of these beauties in tow I set out to show the collection again, this time at Milk Glass Co., on a smaller scale. The show was up for a week this time throughout TIFF and the experience of occupying the gallery during business hours was exceptional. I met so many beautiful people who came through to really take in the works and I had special conversations with most. In another spectacular turn of events this second show also sold out. If you would like to support the project I still have a few Nike Tees left for sale HERE. Char and Kelly at Milk Glass were such a big help and Carmela Antonio sang her heart out at the opening. Which brings me to my next highlight…

I met Carmela Antonio in a coffee shop on Ossington and she eagerly strapped her headphones on me and played ‘Pink Dawn’. I was hooked right off the bat and immediately agreed to set out making my first music video for the song. With a small team of just myself, Carmela, and MUA Elena Pacienza we had two shoot days, one in studio and one on location, and from that a video was born. Carmela wanted everything to be pink so I immediately suggested having her paint a canvas pink with her body and she was down! We made a huge mess. Not everyone has an open enough mind to trust in such an extravagant experience and I am very thankful for Carmela, a most passionate and willing muse. I plan to make much more video art this coming year.

Eirene, Goddess of Peace and Spring 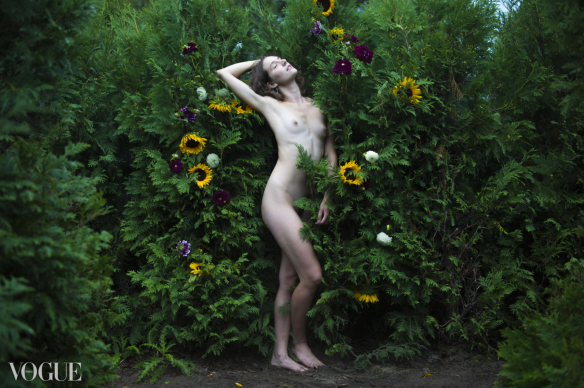 In a great moment of expert timing Vogue Italia published two of my new goddesses, Eirene Goddess of Peace and Spring and Chloris Goddess of Flowers, the day before The Goddess Array V.2 opening party. I am always humbled by nods from arguably the world’s most influential fashion magazine. Thank you, Vogue!!! xo

I signed on with Agency Arts in 2016 who have been representing me in the U.S. out of L.A. I am stoked to spend some more time down there this year hustling at meetings and working on catching some more of those big fish! Let’s do this!

Travelling to Ibiza for the first time to shoot a campaign for vintage brand Camisado was a dream come true. The owners, Staysail and Kristen, are two of the raddest babes I know and working with them was a treat. Ibiza is a totally magical place and I hope I get to go back one day soon. There is much more to explore.

I produced my first film called ‘Freelancers Unite’ with director Finn O’Hara this past Summer. From the budget breakdown, to the location scouting, to the gear and car rentals, talent wrangling, and generally just getting it all done on schedule this experience was an awesome one for me as I worked through the film production process from script to publishing. I love producing and hope to carve out some freelance work in that world this year. “They f$*% all over town…”

I spent 6 months working at Suneeva in 2016 working on producing television commercials. The experience was the best introduction to the world of film I could ask for. Under the tutelage of Geoff Cornish, the captain at the helm of Suneeva, I have acquired an invaluable skill set that will aid me moving forward onto set in 2017. Thank you, Geoff! 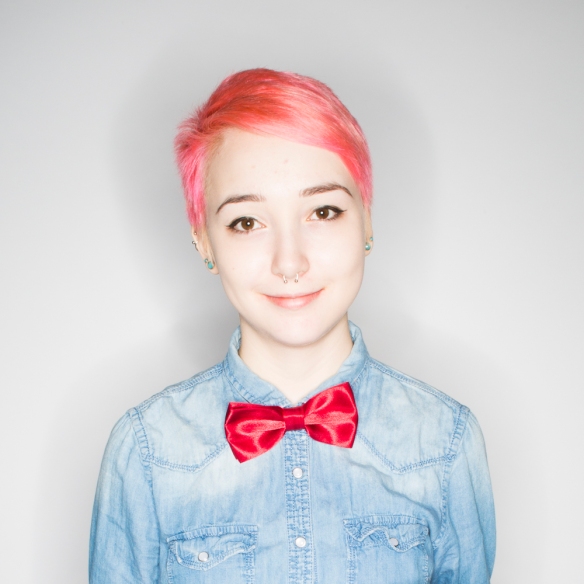 Always my bread and butter. Many thanks to The Magenta Foundation for having me back again this year. Rogers has been so good to me. So have the Toronto Blue Jays, Viola Gardens, The British Council and all my other private clients. I will keep aiming higher for you. Many thanks!